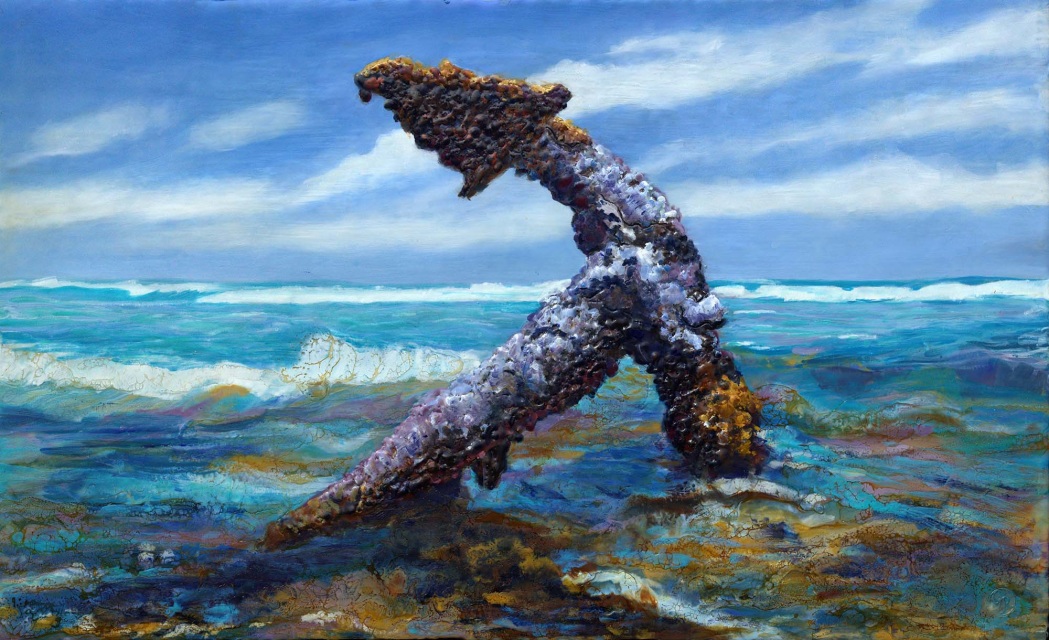 Price includes GST within Australia, but does not include freight.
Shipping depends upon packed weight and choice of courier.

Reference photo for this painting was supplied with permission from Pete Illage, Marine Archaeologist, Great Barrier Reef Marine Park Authority. The anchor is from a shipwreck on the Great Detached Reef in Far North Queensland circa 1810 - 1830 likely from the shipwreck Charles Eaton.
Add to Cart 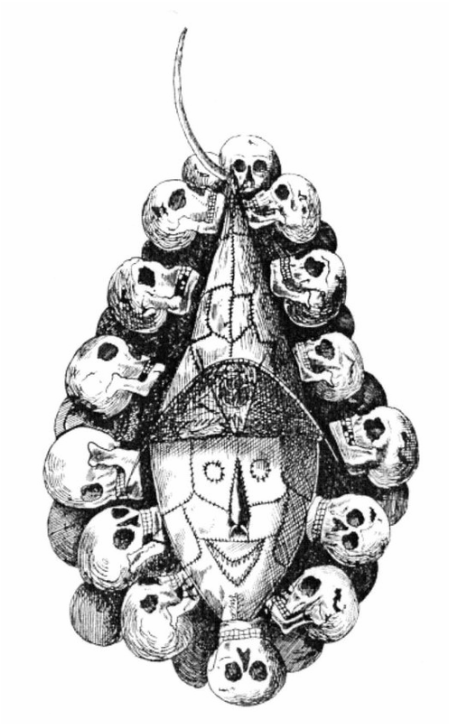 This anchor is likely to be one of two from a shipwreck called the Charles Eaton which is situated on the Great Detached Reef in Far North Queensland.    The Charles Eaton was wrecked on 15th August 1834 but for more than a year, nothing was heard of her passengers and crew.   Gradually word started to spread in many and scattered countries that some were still alive but in captivity as slaves.  Two ships were commanded by the Lords Commissioners of the Admiralty to ascertain the fate of the survivors and rescue them.  Tigris was despatched from Bombay and Isabella from Sydney in 1836.    Following is an extract the story and fate of the Charles Eaton and her passengers and crew.
​The Charles Eaton was a 313 ton English barque.

​http://veronicapeek.com
The wreck of the Charles Eaton and the gruesome story of the inhumane massacre by Torres Strait Islanders of the passengers and crew, and an account of the rescue of the two boys  is said to be one of the saddest tragedies of the straits.  An excellent Blog telling the story is Charles Eaton: Wake for the Melancholy Shipwreck written by Veronica Peek, (click on the link above to read the full story)  ​

http://www.childrenslibrary.org/icdl/BookPreview?bookid=ireship_00870462&route=text&lang=English&msg=&ilang=English
​Link to The shipwrecked orphans, a true narrative of the shipwreck and suffering of John Ireland and William Doyley, who were wrecked in the ship Charles Eaton on an island in the South Seas Author - John Ireland

There is a children's book written by Gary Crew & Mark Wilson called "The Castaways of the Charles Eaton" published in 2002.  See images below.

I came across a book called "Head Hunters of the Coral Sea"by Ion L Idriess. It has a list of passengers and crew of the Charles Eaton which
was wrecked on the Barrier Reef, August 1834.

Rescued by the "Isabella" John IRELAND, William D'OYLY.
The skulls of remaining passengers and crew were brought back to Sydney and buried at Bunnerong Cemetery.